The 13th edition of GETXOPHOTO International Image Festival will address the challenges faced by individuals in a present where the processes of acceleration, automation, artificial intelligence and scientific–technological advances are posing new challenges, as we edge closer to the concept of transhumanism.

For the final chapter of the Transitions trilogy, Post Homo Sapiens: Programming the Future, twenty international artists will explore a range of emerging theories. The works emerge out of changing social engagement patterns, individual behaviour, machine intelligence and global trends resulting from technological advancements in the digital age, and they will also consider ethical questions and challenges to more traditional human values and structures.

Several of the works presented explore the enhancement of the human condition through education, as well as the intervention of technology –  concepts rooted both in Nietzsche’s philosophy of the Übermensch, the Beyond-human, and in the post-human ideals of the transhumanist movement. We will also consider the role of advanced technologies like AI in shaping humanity’s future, with regard to its potential for the betterment of society, as well as the associated risks that this brings.

Nietzsche’s vision of the Übermensch and the concept of the post-human in the transhumanism movement both include the belief that human beings and nature are in permanent mutation or are a ‘work-in-progress’, a notion supported by leading transhumanist scholar Nick Bostrom. They follow on from the secular humanist principle of needing to enhance human nature by improving education, cultural refinement, philosophical enquiry and moral self-scrutiny. However, the transhumanist movement goes further, believing that by applying medicine, science and technologies such as genetic engineering, information technology and artificial intelligence responsibly, we can overcome fundamental biological limitations. This in turn would enable the post-human, with its unlimited potential, to come into existence.

Moreover, transhumanism believes that overcoming such human limitations is necessary for a better society. In pragmatic immediate terms, that includes the eradication of disease, the elimination of unnecessary suffering and the release of undiscovered or untapped potential through the augmentation of human intellectual, physical and emotional capacities. Notably, Nietzsche also embraced the sense of self-meaning outside religious traditions.

In their works, H+ by Matthieu Gafsou, One of Them is a Human by Maija Tammi and Cyborg’s Life by the first officially recognised cyborg Neil Harbisson, the artists aim to help unravel and explore some of the ethical questions surrounding post-human ideas in transhumanist ideology. They also consider how medical advances can improve painful human conditions and what it means to be human. Meanwhile, through his portraiture, Reiner Riedler looks into ways of humanising machines.

It is essential to transhumanist thinking that widely-shared, equal access to technology should help extend its benefits to all parts of society. Furthermore, the full manifestation of core transhumanist values requires that, ideally, everybody should have the opportunity to become post-human. It will therefore be sub-optimal if the opportunity to become post-human is restricted to a tiny elite. However, the free market economy and rapid marketisation of technological tools have created unequal access to the latest digital advantages. In his project Héroes del brillo, the artist Federico Estol challenges stereotypes about human worth and the fear of social discrimination. In Boda Boda Madness, artist Jan Hoek, in collaboration with stylist Bobbin Case, explores the everyday hero, human creativity and collective values.

It is widely accepted outside academia that technological progress has benefited humanity through the ages; the history of technological development has contributed to improvements which have seen large swathes of humanity freed from illiteracy, short life-expectancies, alarming infant-mortality rates, diseases endured without palliatives, and periodic starvation. However, these unquestionable achievements should not blind us from the questionable ethics that may arise from future developments which might threaten human values in the name of progress.

Given recent events such as the Cambridge Analytica scandal, where digital companies lack transparency about data harvesting and unregulated influence in the democratic process, AI and machine learning require much closer examination. There is incredible potential; if we consider everything that we value is based on our intelligence, and if we can have access to all that collective intelligence at once, then the possibilities are unlimited. However, there are also great long-term risks in creating something that is more intelligent than your own species, as well as creating unregulated, unchecked influence structures in the short term.

Haley Morris-Cafiero’s artistic practice reflects on issues affecting the female body and the role social media plays in cyberbullying. Claudia Gori considers the consequences of technological exposure and the effects on those who are allergic to technology and what it means in the modern world.

The digital age is often blamed for increased human isolation, and although social media is often cited as a platform designed to connect the world, somehow we have all become less engaged with both our fellow humans and the planet itself. Digital artist Lauren McCarthy’s work Follower reflects on the issue of social disconnect and personal isolation, using the medium of technology and social media platforms to reflect on these existential questions.

The ongoing conflict between the natural world and resource-hungry modern life is further explored in Agua, minería y éxodo by artist Marcos Zegers, who travelled across the Atacama desert to its rich lithium salt mines, reflecting on the environmental consequences of this extraction on the landscape. Autoradiograph by Masamichi Kagaya & Satoshi Mori captures the radioactive particles of Fukushima, and in the Ritual Inhabitual artist collective, made up of Florencia Grisanti, Tito Gonzalez and curator Sergio Valenzuela Escobedo, two colliding worlds come head to head; the ancient Mapuche culture with the spiritual symbolism of their old medicinal plants disappearing beneath the forestry industry. Jaakko Kahilaniemi considers our relationship with other species, while Anaïs Lopez’s The Migrant is a story about the ‘other’, the outsider and having no belonging to a place. Through abstract or futuristic images, Ezio D’Agostino offers a visual journey into the capitalist outer space of the near future.

Finally, works artists False Mirror by Ali Eslami, What to do with a Million Years by Juno Calypso and L’île aux Libellules by Julien Mauve, engage in their different ways in narratives which navigate between the real and the fiction of a world that might be.

Thinking about the future from the present is a challenging task, but walking into a future where technology platforms create infrastructures which can influence and coerce our lives unchecked and unregulated is even harder. Technology has the potential to enhance and improve human existence; however, it should be used to work towards supporting human goals while still constrained by human values.

Programming, defined as the new literacy of the digital age, along with advanced scientific and medical developments, poses new bioethical challenges to traditional social conventions. The way society engages with education and information, establishes human relations or chooses to entertain itself is undergoing a significant shift, and it is still too early to fully evaluate its impact.

Just as the industrial age transformed human labour arising from the relationship between the physical body and the machine, the digital age is exploring the mind’s limitless capacities and digital network creations that can surpass human capabilities or simplify complex intellectual processes.

Thinking about humanity’s future and reflecting on its possibilities is this year’s Festival theme. We are looking for projects which explore this topic in a broad sense, including multidisciplinary narratives and diverse visual languages such as photography, video, installation, archives and documents  among others.

A new edition that, following the discursive line of the topic Transitions started  two years ago, will try to address fundamental contemporary issues.

Monica Allende is an independent curator, consultant and educator. She is the Artistic Director of GETXOPHOTO Photo Festival and Landskrona Foto Festival.

She has collaborated with WeTransfer as a Consultant and Creative Producer, she was the director of FORMAT17 International Photography Festival, she collaborated with Screen Projects and is producing and curating Blue Skies, a multidisciplinary project with artist Anton Kusters to be exhibited at PhotoLondon in May.

Previously Monica was the Photo Editor at the Sunday Times Magazine, where she launched Spectrum, the award-winning photography section. She is a visiting lecturer at the London College of Communication, London & EFTI in Madrid.

She is the recipient of the Amnesty International Media Photojournalism Award, the Picture Editor’s Award, the Online Press Award and Magazine Design Award for Best Use of Photography. 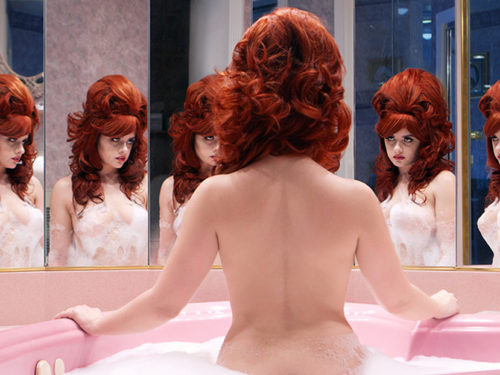 Artists
You can check here the programme of GETXOPHOTO 2019 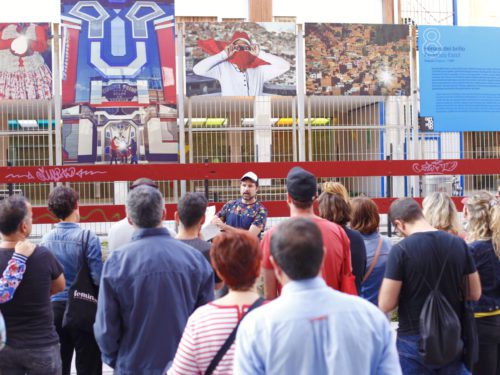 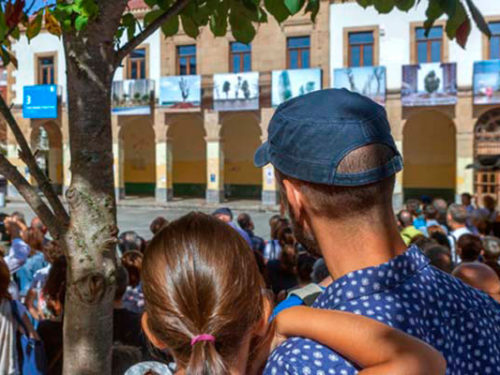 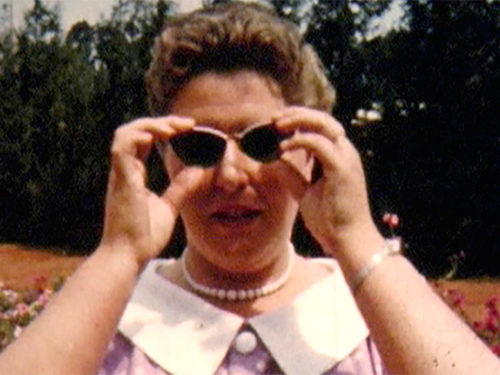 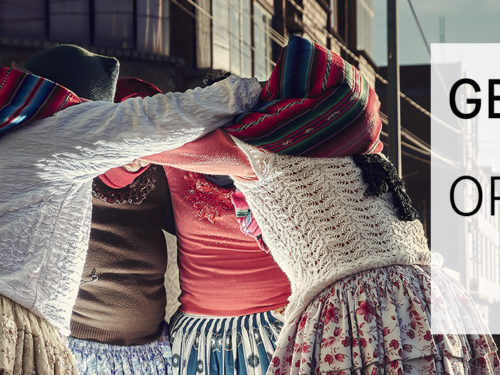